CUPE Local 1936 stands in solidarity with Indigenous Communities across Canada and with Local 1936 Indigenous members as they mourn the loss of the 215 children whose remains were discovered at the Kamloops Residential School. We honour and acknowledge your collective and individual grief.

Our hearts go out to all Indigenous children, who suffered while residing in residential schools against their will.  Many of the children forcibly taken from their families were as young as three years old, and many never saw their families and loved ones again.  CUPE Local 1936 stands in solidarity with the families of children who were taken from them and honours the collective grief of Indigenous Communities nation-wide.

CUPE Local 1936 believes as settlers to stolen and unceded Indigenous territories, it is critical that we educate ourselves to better understand and acknowledge Canada’s blemished history.  This is one small part towards reconciliation as we attempt to help right the wrongs inflicted during colonization and the mass genocide of Indigenous peoples.  We encourage our non-Indigenous members to be active participants in reconciliation in an effort to repair the ongoing harm of colonization on Indigenous people throughout Canada.

Some examples of things that you can do to support Indigenous peoples at this time of grief and in the future are:

CUPE Local 1936 recognizes that the recent discovery of the remains of 215 children at the Kamloops Residential School may have a profound impact on Indigenous communities, individuals and Indigenous Local 1936 members.

We are so sorry for your collective losses as a result of colonization and stand with you as you grieve. 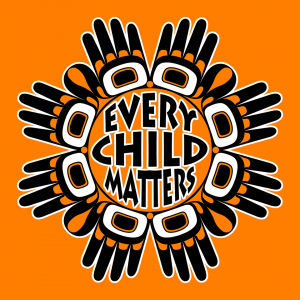