Register in advance for this meeting:
https://us02web.zoom.us/meeting/register/tZElfu-hrj8uH9xYmPLh7ZO2RGdJ7q7NnAL3

After registering, you will receive a confirmation email containing information about joining the meeting.October 20th,

To members of the Provincial Collective Agreement.

The current Collective Agreement will begin renegotiated this year. The 1st step is to hear from the members as to what issues you have in your workplace. Please fill out the bargaining survey – it’s your chance to have your voice heard!  The online survey will be available until noon on November 12th.  It can be found at https://survey-sondage.cupe.ca/index.php/688254, or by clicking the links in this message.

For those members who need a paper survey, we will be sending one to you shortly. PAPER SURVEYS MUST BE RETURNED TO THE BCRO AS SOON AS POSSIBLE!

If you have any questions please reach out to either Sheryl Burns, Lee Ann Lalli or Bernice Way

This is an opportunity for our members that are from one or more equity seeking groups to work together on the various equity, diversity and inclusion issues. If you need more information reach out to leeannlalli@live.com

Lee-Ann Lalli (she/her) CUPE 1936 is inviting you to a scheduled Zoom meeting.

If any of our local 1936 members that sit on their workplace JOHS committee want to find out more about Ergonomics than please reach out to Bernice Way, bway1936@gmail.com to be enrolled into the course below. Your wages would be covered if it falls on a scheduled day of work (this would be outside of the 8 hrs of training per year through your employer)

Recognized in October each year, Global Ergonomics Month is an international outreach campaign promoting human-centred design through the science, application and profession of ergonomics or human factors. These disciplines are focused on optimizing human well-being as well as overall system performance by proactively designing work and work systems to fit the people interfacing with them in ways that improve efficiency, productivity, health, safety and comfort. Ergonomics is ultimately good for business and good for people.

The Centre has scheduled a number of opportunities in October to take our virtual facilitator lead course:

This course is designed to provide OH&S Committee members with the knowledge and skills to identify and find effective solutions to ergonomic problems at the workplace.

In this course participants will:

(2) The employer must ensure that each member of the employer’s joint committees who was selected on or after June 1, 2017 to be a member receives, as soon as practicable but no more than 6 months after becoming a member, a total of at least 8 hours of instruction and training, as set out in subsection (4).

(7) For greater certainty, the instruction and training required under subsection (2) or (3) of this regulation is not educational leave as set out in section 41 of the Workers Compensation Act.

Note: The 8-hour mandatory training requirement — “new joint committee members must receive the instruction and training required under section 3.27 of the Occupational Health & Safety Regulation (OHSR)” — is separate from the existing annual 8-hour educational leave assigned by section 41 of the Workers Compensation Act, “Each member of a joint committee is entitled to an annual educational leave totaling 8 hours […]”.

* New committee members are eligible to receive 16 hours of education in their first year.*

Funded by the Workers Compensation Board of British Columbia and hosted by the BC Federation of Labour, the BC Fed OH&S Centre is the largest provider of this type of training in the province.

The Federal government has proclaimed September 30th as a Truth and Reconciliation Statutory Day as one small act of reconciliation and acknowledgment of atrocities inflicted on the Indigenous, Inuit and Metis people of Canada.

While September 30th is frequently referred to as a Statutory Holiday, we ask that you refrain from referring to this day as a “holiday”.  Instead, please think of this as a day of mourning in which we are to collectively remember our Indigenous comrades who have fallen, or experienced harm, as a result of the colonization, genocide and forcible removable of their children; many of whom were abused or who died while in residential schools.

The latest discoveries of children’s remains at various residential schools, including the Kamloops Residential School where 214 bodies were found, serve as a stark reminder of the legacy of colonization of Indigenous people in Canada.

Entire Indigenous nations and/or tribes were forcibly removed from their homes and land, and forced to live on assigned reserves where many continue to experience substandard living conditions without access to safe drinking and bathing water.  Indigenous children as young as 4 and 5 were taken from their families and placed in residential schools where many endured emotional, physical and sexual abuse.  Children died trying to escape these residential prisons or while living in the schools.  Often families were not informed of a child’s passing and many children were secretly buried on school grounds.

The legacy and pain of colonization and forced institutionalization of Indigenous children remains.  Institutional racism continues to impact our Indigenous comrades today.

On September 30th, please take time to remember the atrocities inflicted upon Indigenous people in Canada, and please support our Indigenous comrades who grieve all that has been lost as a result of these atrocities.

To our Indigenous comrades and members, on behalf of CUPE Local 1936, we extend a sincere apology for all that you and your families have endured.  We stand with you as you mourn the impact of colonization, everyday, as well as on September 30th, a Day of Truth and Reconciliation.  Should you require additional support, please call:

The CUPE National has decided to hold their convention this year , see notice below. If you are interested in attending please send email to sburs00@hotmail.com and bway1936@gmail.com

The Table Officers are taking  action for early learning and child care at the Local’s office today. 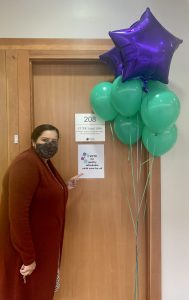 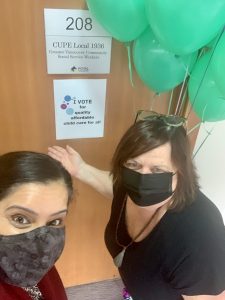 Join us September 14, 2021 in a National Day of Action for affordable, quality, accessible, inclusive child care for all.

In addition, we encourage child care advocates to take action for early learning and child care in their communities by;

For those that register by Tuesday their names will be put in the wheel for the draws.
For new members this is a great way of finding out more about your union. Please share with your co-workers and post on    union bulletin boards.
You will need to register by clicking on the invite.